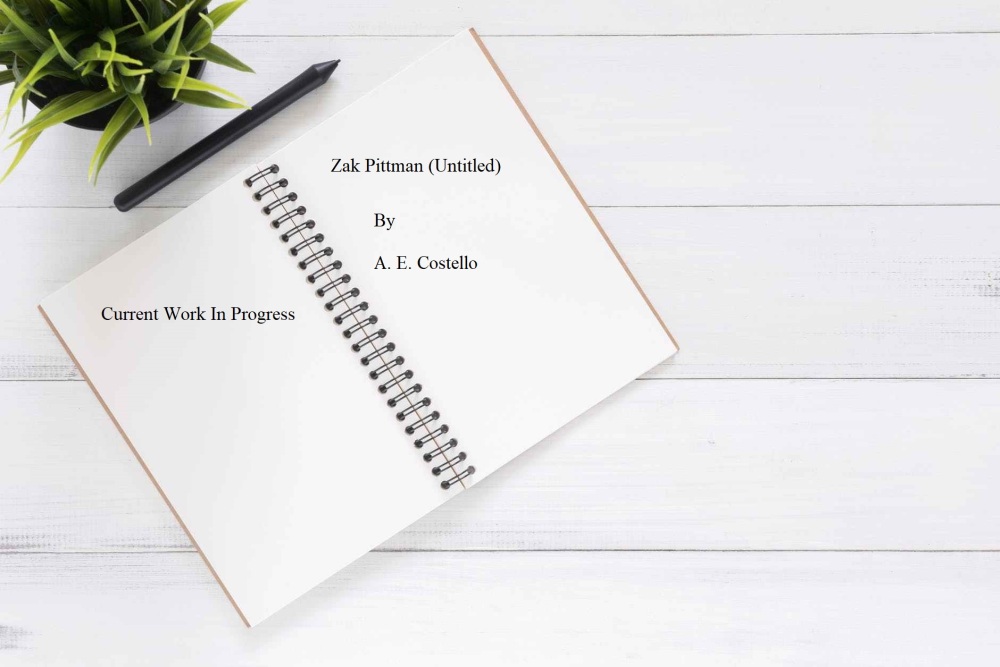 The novel I am currently working on has no title, so the WIP is going by the name of its main character, Zak Pittman. This book has come a long way. When I originally thought of it, the story was about a boy named Zakariya Pittman, a poor young adult necromancer sorcerer who didn’t have enough money to go to the local magic university. The story took place in modern time and seemed like it wanted to be Harry Potter Goes to College. I even wrote a scene in which Zakariya received a scholarship award letter in the mail.

So that had to go.

As I kept working on it, I left the modern time setting into a high fantasy historical world. Zakariya became the last necromancer of the age, and that necromancers died out a hundred years ago. At that point, the novel was titled Firstborn, as Zakariya was the “first born” necromancer in a century. In fact, Zakariya’s mother was the evilest necromancer in the world, and she was thought to be the last one. It felt Star-Wars-y, having the main character’s parent be the very evil Zakariya was trying to defeat, so I stopped that there.

I kept writing, and I decided to change Zakariya from male to female: Zakariya Pittman, male, turned into Zakariya Dorgia, female. The novel title changed to Dorgia, as it was about Zakariya Dorgia, a young adult necromancer who lived in a high fantasy world I created named Iameri.

A few more months in this vein, and the singleton novel Dorgia turned into a four book series called The Dorgian Throne, which was about four main characters, including Zakariya, as four Dorgian heirs who had to take back their rightful throne after the royal family had been massacred.

So I put that on ice as well, and dialed back to Zak Pittman, a necromancer.

This untitled work has settled into its final form. The setting is in a world like ours, a place stripped of magic known as the Plain. This world however is shrouded by a mystical barrier called the Veil, which separates the non-magic realm from the magic realm, called the Hollow. Zak Pittman is a young adult from the Hollow who is living in the Plain, and working for a quasi-military force known as the Veidar. The Veidar works in exterminating creatures from the Hollow who invade the Plain to prey on the magic-less people there.

Zak is still a necromancer from the beginning of this character’s creation, and I continue to learn more about her as a person, and what her role is in the Plain, the Veil and the Hollow.

I have started the first draft, only about three thousand words in.

And while I write, my cat Aomine keeps me company at my side. 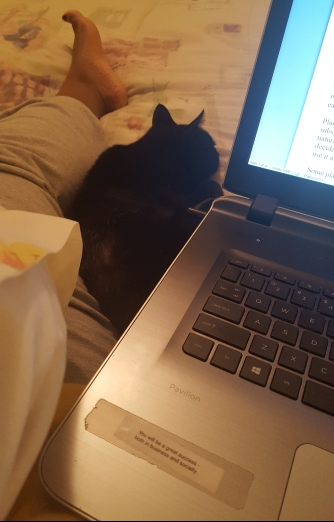