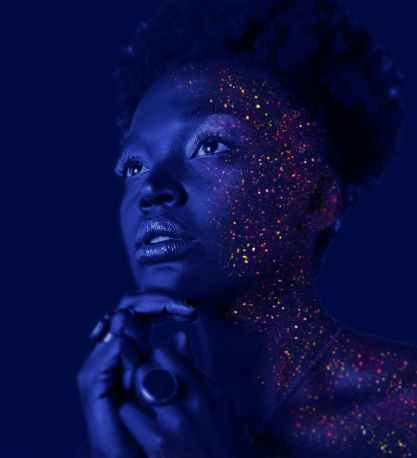 Spring 2018, I took the English course that would change my views on being a writer and author. The class in question was Studies in Genre: Black Speculative Fiction, taught by Dr. Stacy Boyd. Before his class, I had never heard of black speculative fiction. That includes I didn’t know who Octavia Butler was or Samuel R. Delany or Walter Mosley. I didn’t learn about authors such as N. K. Jemisin and Nnedi Okorafor until then either.

Dr. Boyd’s class was not only an eye-opener, but a game-changer for me as a writer. I’ve been writing since I was five and six, penning short stories, writing and illustrating children’s books and drawing my own comics. But I never had an idea of what kind of writer I wanted to be. I simply wanted to tell stories.

Dr. Boyd’s class showed me exactly what kind of writer I wanted to be, that I wanted to aspire towards. I wasn’t aware of a shortage of black writers (especially black women writers) in sci-fi and fantasy, or the overwhelming lack of black characters in those genres. Sci-fi and fantasy being a white space within which black people (and other minorities) are erased wasn’t something I thought about.

With Dr. Boyd’s lectures, he showed me the necessity of black imagination in allowing us as a people and culture to see ourselves as something other than what’s portrayed on the media. Rapper. Gangster. Basketball player. We have so much more to offer besides that. Children of color deserve to have reflections of themselves shine with possibilities of being lawyers, doctors, presidents…superheroes.

During class, Get Out (2017) and Black Panther (2018) were two movies that we studied. Chris, a successful black photographer who’s white girlfriend’s family tries to steal his body. T’Challa is the prince then King of Wakanda, an African nation untouched by colonization and is highly technologically advanced, near to the point of magic. These two movies I hadn’t seen until I took the class and with Dr. Boyd’s teaching enlightened me on the importance of black people seeing themselves and their lives portrayed this way on the silver screen.

Spider-Man Into the Spider-Verse’s (2018) impact cannot be denied. The main character Miles Morales is a half black half Puerto Rican teen, and the effect of a person of color donning a Spider-Man costume is immense. I remember seeing the teaser trailers and being unable to wait to see it. In Raising Dion (2019), a short film that’s now a Netflix series also contributes to this. A young black boy inherits superpowers from his father.

These properties showcase black people in a different light than we normally see ourselves, and give the culture something incredible and inspiring to focus on. With works like these, black children and young adults can dare to dream bigger than being in roles that society ascribes them as.

So why do I write black speculative fiction? Because I want to add to the collective stories told by black speculative authors. I want to write and publish novels featuring black characters in fantasy environments, having magic powers or being heirs to great kingdoms, taking black readers to places thought not possible before. To make anyone who reads my work, no matter the skin they’re in, to rethink the problems our societies struggle with.

I learned all of this in Dr. Boyd’s class, and after that class, the way I approach my writing and storytelling hasn’t been the same. During that class, he assigned us a reading called Black Speculative Fiction Definitions, written by a Mr. M. Haynes, an author and writer of “The Ratchedemic” blog site. This Friday, November 15th, M. Haynes will guest post on A. E. Costello’s Official Blog and continue the conversation about black speculative fiction.

You can find M. Haynes’ blog here and read his thoughts about black people, culture and writing.

And as always, while I write my cat Aomine sits by my side and keeps me company.